The Plantationocene Series: Plantation Worlds, Past and Present (2019) 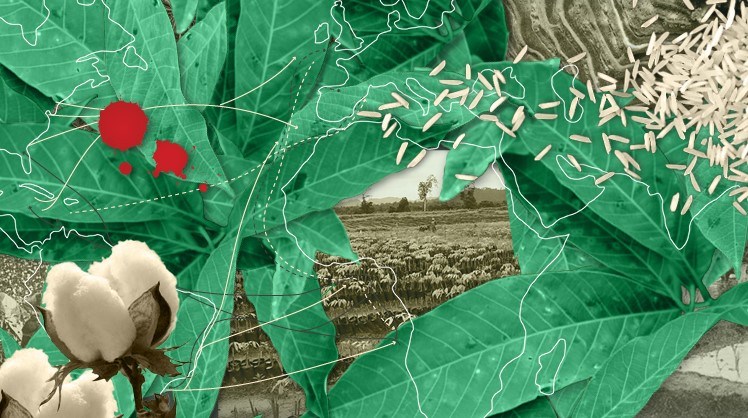 “The Plantationocene is an alternate name for the epoch often called the Anthropocene. Inspired by the scholars and artists visiting University of Wisconsin–Madison as part of the 2019-2020 Plantationocene Sawyer Seminar, this series aims to create a conversation about multiple forms of plantations, both past and present, their materialities, the economic, ecological, and political transformations they wrought, and their significance to the making of human bodies, capitalism, and land over the course of four centuries.”

The Iron Ring, an Art Project by Cecilia Jonsson (2014)

The project elaborates on the possibilities to utilize the cleansing process of the naturalized, wild growing grass: Imperata cylindrica. An invasive vile weed, which overlooked tolerance and ability to hyper accumulate iron inside its roots, stems and leaves are left unutilized. The Iron Ring proposes to harvest the grass for the purpose of extracting the ore that is inside them. The result is a scenario for iron mining that, instead of furthering destruction, could actually contribute to the environmental rehabilitation of abandoned metal mines.

The Iron Ring came about through trials and failures, in a process of close collaboration with smiths, scientists, technicians and farmers met along the way.

This e-book consists of two parts. The first is a visual essay by Cecilia Jonsson that reports on the seven chronological steps that were required to create an iron ring out of 24kg of grass harvested from the acidic river banks of a landscape in Spain severely transformed by opencast mining. In the second part, professor James Jackson Griffith, who participated in Jonsson’s preliminary research on mining restoration in Brazil, discusses The Iron Ring from an environmental-philosophical perspective.